Description (Authors):  The Gascon lifted his head again, the movement placing an unbearable strain on his overtaxed shoulder muscles but he was determined to meet the man’s gaze. This was a question that he remembered the answer to and he grinned mirthlessly as he answered, “Family.”

Holy crap, so besides DebbieF it’s Celticgal1041 that writes the most amazing angsty whumpage that I have seen. Truly. But out of all her stories its Family I love the most, it’s dark and keeps you on the edge of your seat wanting to know what happens next.

It also shows the true bond between the quartet, the unbreakable bond between brothers. There is honestly not much I can say besdides a bunch of sounds to express my words to describe how good this story is. For those of you who don’t watch the TV series, I suggest you do and for those who do watch and have yet to read fanfiction for it, I suggest you start here with ANY of Celtic’s fics.

Give it a chance, read the first chapter below! Go give her some love!

“Tell me!” the man snarled, his demand accompanied by a vicious backhand blow that had the Musketeer’s vision swimming as his head snapped to the right. d’Artagnan allowed it to loll there for several seconds, gathering his strength and his breath at the brutality of the beating he’d taken which had left him barely capable of coherent thought beyond the myriad of aches that screamed for his attention.

He could no longer recall what information his captor was seeking, nor could he remember the details of the mission or the events that had brought him to be in this man’s hands. The only thing that he was certain of was that they would come for him. No matter what the man did to his body, his mind had retreated deeply inwards where a warm flame burned brightly and reminded him that he was not alone. A few months ago, he would not have been as certain, possibly failing under his attacker’s forceful hits, but in recent weeks, things had changed for him significantly, not the least of which was the attainment of his commission in the King’s Musketeers, bringing with it the leather pauldron that he’d worn with such pride until it had been ripped from his shoulder by the bandits.

d’Artagnan forced his head upwards, spitting a glob of blood from his mouth as he nearly gagged on the copper taste of the liquid. Where it came from, he knew not, his lips and the inside of his mouth shredded from repeated strikes to the face, which had his teeth gnashing against the tender skin. His focus still swam alarmingly making his stomach protest in sympathy but he swallowed determinedly as he slurred up at his captor, “No.” Regardless of the fact that he had no idea what the man wanted, the Gascon was steadfast in his determination that the bandit would receive no satisfaction, his only goal now to draw things out long enough so that his friends could rescue him.

The bandit screwed up his features at the beaten soldier who hung in front of him from his arms. They’d been deliberately cruel in their treatment of the man, certain that, as the youngest, he’d be the easiest one to break. Instead, the boy had fought like a demon, keeping his men busy long enough that the others had escaped, saving their own necks rather than coming to the young man’s aid. He’d tried to use that fact against the Musketeer, goading him with ugly words as he described the cowardice of the other soldiers as they’d fled, leaving him alone to face capture, but the words had provoked a surprising reaction from the young man, lips turning up in a hideous smile that pulled at split lips and caused them to begin bleeding again, the teeth underneath stained with red. “Good,” he’d said and then his expression had turned flat, as though he was drawing on some inner strength and preparing himself for what was to come. Rather than disheartening the boy, the words had someone buoyed him and the bandit had allowed fury to guide his fists as he’d pummeled the boy’s face and torso mercilessly.

Now, it was only the ropes that pulled the Musketeer’s arms up over his head that held him upright, kneeling on the cold ground beneath him, the ropes high enough that he couldn’t even sit back on his heels to alleviate some of the discomfort. He grasped the boy’s face cruelly, pressing filthy fingers into the Musketeer’s cheeks as he forced the young man to meet his flinty gaze, “You’ll die here if you don’t tell us what we want to know.” He held the Musketeer’s face for several long seconds as he waited for his words to sink in, searching the boy’s eyes for any sign that he’d accepted the statement.

d’Artagnan’s gaze showed no indications of defeat, his eyes turning darker and somewhat more dangerous as he spat back at the man as soon as his head was released, “You’ll die first.”

The man snorted in derision, staring down at the mangled body that had withstood so much abuse. “How can you possibly say something like that? Touched in the head, you are,” the man chuckled at his own words. “Who do you think is gonna save you?”

The Gascon lifted his head again, the movement placing an unbearable strain on his overtaxed shoulder muscles but he was determined to meet the man’s gaze. This was a question that he remembered the answer to and he grinned mirthlessly as he answered, “Family.”

Name of Story: The Littlest Musketeer

Description (Authors):  For those of you that don’t know I usually write in the sci fi genre of Stargate SG-1. The main writing group I’m in is called Little Danny where we downsize Daniel Jackson’s character (as well as other members). Usually his caretaker is Colonel Jack O’Neill. I also will at times mix it up with characters from SGA. Jackson portrays an archaeologist/linguist/diplomat on the show and I’ve done a story in the past called the Littlest Archaeologist. Hence where I got my idea for this story.

I do hope you enjoy it and see my note at the end.

So, as some of you may know that I have suddenly become obsessed with a few new fandoms, H50 to be one and now the Musketeers. DebbieF writes some amazing stories and each one are thrilling, cringeworthy and tissue box needing pretty much. There is fluff and gooey goodness in there relating to the bond between the four inseperables.

In this case it is the brotherhood between Porthos/Aramis/d’Art and the paternal between Athos and d’Art.

Seriously, this story is funny and it grips your attention, a little d’Artagnan running around causing mischief and mayhem without the restraint of his usual adult self. It kept me enthralled from the first line to the last and I highly recommend it and all the work that she does!

So go and read, give her some love!

Off in the woods far, far away from Paris stood a lone little cottage where an older but still lovely, wise woman lived. Some of the villagers called her healer, others said she was crazy, while still more whispered to each other one word… witch.

On this day, the anniversary of Alexandre d’Artagnan’s death, his young son d’Artagnan stopped to rest on his way back to Paris. He had just come from a short visit with friends he had left behind in Gascony where he went to visit his mother and father’s grave sites. It was a year ago that he lost and avenged his father’s murder. After his father had passed away in his arms d’Artagnan had made arrangements with the innkeeper to have his father’s body transported back to Lupiac to be buried. With everything that had happened this past year d’Artagnan hadn’t had time to visit and pay his respects.

Sitting underneath the shade of a large tree, d’Artagnan let Zad roam around freely in the field. Closing his eyes he remembered life growing up on the farm. Yes, it could be grueling, back breaking work at times, but with both his parents around life had been good.

A tear slipped down his cheek as d’Artagnan, lulled by the birds soft twittering and the warm, gentle breeze, drifted off to sleep. Being in the land of nod he had no idea that he acquired company along the way.

The woman from the tiny cottage felt his distress from clear over in her safe haven where she lived. Feeling it so keenly she had to go in search of the youngster. Martinique was surprised to say the least when she discovered it was a Musketeer as she studied the boy’s pauldron. “So young,” she murmured to herself. “What dragons did you slay to earn your prize and yet still be only a child?” But soldier or not, the young man’s pain was real as Martinique listened to the stranger call out for his father.

“Pe’re, I’m sorry I couldn’t save you. It should have been me,” d’Artagnan mumbled. “I miss you terribly.”

Martinique understood loss all to well, she was as alone as the boy. But her light touch on the youngster’s brow jolted her. In her mind’s eye she saw him with cherished friends. Martinique could make out features of a handsome, devil maycare older man. Then a huge dark skinned one that always seemed to be laughing. Finally the last impression that stayed with her the longest was of a somber face that held great love in his heart for this child who slept in her forest.

“So you miss your father and this other gentleman looks upon you as a son,” she whispered softly as she brushed the hair out of the boy’s eyes while he slept on. “Perhaps I can do something for you both,” Martinique smiled. “If only for a short while.” 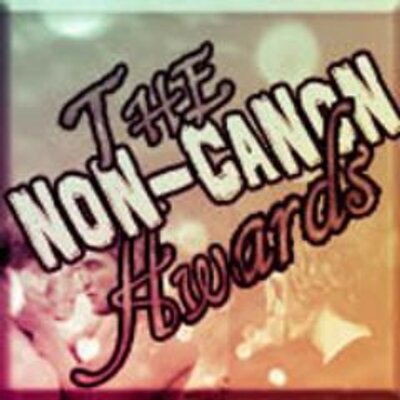