The most ridiculous thing was that the child looked like Sherlock.

He was so tiny that he was still flailing around, not in control of any of his limbs, barely able to hold up his head on his own, and yet he looked like Sherlock, his hair in dark swirls on his skull and his eyes the pale blue-green-gray that John had almost grown immune to. And, when he screwed up his face and wailed his displeasure with the universe, John had to admit that the resemblance was complete.

Sherlock was staring at the small bundle of irritation in their sitting room with what was obviously shock, and John would have relished the unusualness of that look on Sherlock’s face, except that he was busy being shocked, too.

There is 57 amazing chapters and once I started I couldn’t stop. Just above is the first little section of the first chapter.

This… This story is so emotional, so heart stopping and utterly amazing. I had never pictured Sherlock to ever be a parent but in this story him and his son – because that’s what he is – are totally amazing together and John is along for the ride. Earlgreytea68 of course made John the only one so far whom hasn’t figured out his relationship with Sherlock.

DON’T FEAR! If that worries you, then really don’t fear because they do get together, they will be together!

So, if you are looking for a Parentlock, childlock, full of angst, romance, loving, suspense then this is the story for you because in all honestly it’s an amazing read. 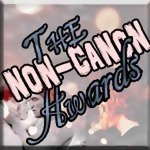